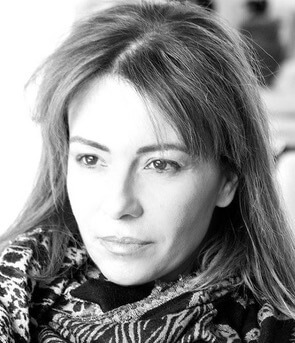 Christina Mitsani was born in Athens. She was educated at the Center for Graphical Arts, Vacalo and the Aristotelian University of Thessaloniki, School of Fine Arts on a scholarship. She took acting lessons at the studio of “Parathlasis”.

theater and the theater-workshop of “Techne”. She participated in acting seminars by actors Aris Retsos and Michail Marmarinos and took part in theater productions both as actor and as set designer. She earned a Master’s degree in “Audiovisual Arts in the Digital Age” at the Ionian University, Department of “Audio and Visual Arts”. Her work includes personal and collective exhibitions, paintings, performances and costume designing in theater productions.

She teaches drawing and painting in public education since 1998. Beginning in 2004 she taught drawing at the Ionian University, Department of “Audio and Visual Arts” for six years. In 2019 she officially joined the faculty of the same department.