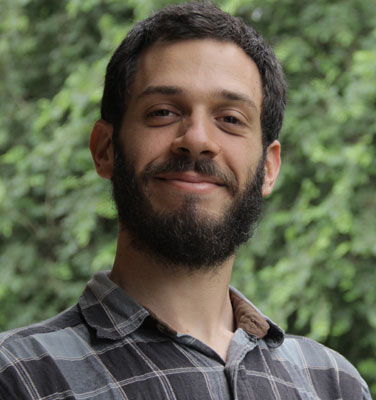 2008, “Miller and his cat”, storytale from Pontos. Pontiac Association of Pieria

Theatre as an actor

Theatre as a director assistant

2013 – 2015, Concerts all over Greece and Cyprus with musician and writer Dimitris Baslam

Shadow Theater and Animation, two kindred arts. Materialisation of an artwork by combining shadow theater techniques and animation techniques in an interactive environment.

This research approaches, through a series of artworks, a digital media enriched type of shadow theater which preserves the vital elements of this performing art, examining contemporary trends both within shadow theater and within the digital techniques involved with it. For this reason, this research is performed on the double basis of a review of previous literature and analysis of works by other artists on the one hand and, on the other one, collaborative observation of a shadow theater group and creation of new plays based upon study and experimentation on figure and player physicality behind the curtain.

In parallel, basic questions regarding the necessity of the blending of these two arts are posed at each point of this process. Finally, is there a need for Greek shadow theater to develop aesthetically and in terms of direction by showing rich animation images on the curtain? Will such a shadow theater still be able to confer the sensation of being traditional? Should that art still be considered as shadow theater, even if figures are cut off from their player or if figures are turned into digital models moved by the manipulator without touching them?