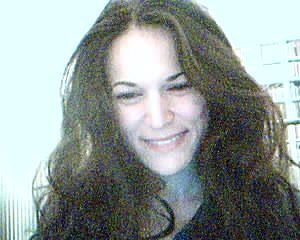 - "The Sound of Kythera", composition, workshop (curated by, organized by: Dionysis Anemogiannis), Kythira, 2016.

- Curatorial work of the exhibition "With your consent", metamatic: taf, 2016. Creation of interactive sound installation for the space of the gallery and workshop of DIY microphones, 2016.

- Music Composition for the show "Marc Blitzstein" from the Rafi team, Theatre Porta and Cacoyannis Foundation, 2016.

- Soundwalk for the project "I left my senses in Ioannou Drosopoulou" of Jan Uprichard, Snehta, 2016.

- Workshop organization and audiowalk at metamatic: taf, "Resounding Cities" in collaboration with the Fine Arts Faculty of the University of Lisbon and the Arts RITS Brussels (curated by METASITU, Welcome to Ecumenopolis), 2015.

- Analogio, Audiowalk, "May the journey be a long one," Greek Film Archive, Exarchia Square, Art Theatre, 2015.

- "Cracks on the soundwalk", Audiowalk, for the DARE conference - Deleuze and Artistic Research, Ghent, Belgium, 2015.

"Aesthetics of technological arts through 'Capitalism and Schizophrenia" vol. I & II of Gilles Deleuze and Felix Guattari"

The work Capitalism and Schizophrenia I & II of Gilles Deleuze and Felix Guattari consists of two books, the Anti-Oedipus (1972) and Mille Plateaux (1980). Deleuze and Guattari invent and discuss notions and their relations to various fields, as well as the very nature of these relations. Through field research, participant observation and literature study I attempt to clarify the terms of Deleuze and Guattari and their place in the field of Aesthetics. Furthermore, I investigate the need of contemporary artists to use Deleuze and Guattari's notions by including them in their practice. Finally, I dissect contemporary art forms, as well as the theoretical influence of postmodern philosophy, both of Deleuze and Guattari and the wider literature production. My research fields are: walking sound installations with mobile phones, internet/ web art, overidentification and subversion art, hacking art, bioart, interactive installations, dislocation as art, virtual reality, etc.