Museum of the Ionian University and InArts: Online tribute at JAMES JOYCE by the artist/director Vouvoula Skoura, with the co-operation of the Assistant Professor Elena Hamalidi 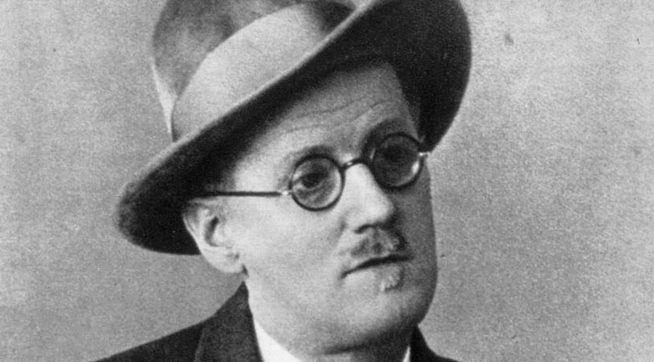 The Museum of the Ionian University, with Director the Associate Professor of the Department of Archives, Library Science and Museology Stavros Vlizos, and the Interactive Arts Laboratory (InArts) of the Department of Audio and Visual Arts, with Director the Associate Professor Andreas Giannakoulopoulos, organize online tribute for the eighty years since the death of JAMES JOYCE. The tribute starts on Wednesday January 13th, 2021, and it will remain active during the whole of 2021.
The artist and director Vouvoula Skoura curates the tribute, with the co-operation of the Assistant Professor of History of Art in the Department of Audio and Visual Arts Elena Hamalidi.

Movies' Screenings:
1. Interview. 2014
Poet Nanos Valaoritis talks to theatrologist Orsia Sofra about Mando
Aravantinou's years in Paris (1967-1974), when, self-exiled from
the colonels' Junta, she embarked on her research on ‘Joyce's Greek'

CV:
VOUVOULA SKOURA - Artist-Director
Vouvoula SKOURA was born in Thessaloniki, Greece. She studied Graphic Arts at the Athens Technology Institute [A.T.I.]. She lived in London, 1967-74. She attended courses in Art History [1970] and a graduate course in computer graphics for video at Middlesex Polytechnic [1988]

Her works in film and video have been presented at international festivals and universities in over fifty cities.Her work was broadcasting in ERT1-Greek TV, in ARTE, and in BBC.

Her films Inner Migration (1984) and Skoria Fotos (1989) were both commended at the Drama Short Film Festival, Greece.

The Greek Graphic Designers Association awarded her its Lifetime Achievement Award in 2009.